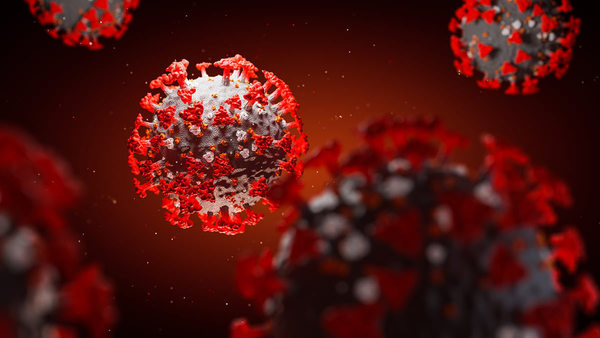 Across the country, public health officials have begun administering antibody tests aimed at identifying Americans who may have been exposed to the novel coronavirus and have potentially developed immunity to the disease. But even with testing underway, experts say there are more questions than answers around the results.

The current tests, taken using a small blood sample, detect whether an individual has the antibody, providing a positive or negative result. The tests aren’t quantitative, meaning they don’t provide insight into how much of the antibody an individual may have — and that is an important piece of the puzzle, according to Merlin Bruening, the Donald and Susan Rice Professor of Engineering in the Department of Chemical and Biomolecular Engineering and the Department of Chemistry and Biochemistry at the University of Notre Dame.

Bruening and a team of scientists have begun research to develop point-of-care antibody tests that would help public health officials to better understand how an individual’s immunity to COVID-19 lasts over time.

“We want to develop a rapid test, producing results in 15 minutes to an hour, that would determine the level of antibodies in the patient,” Bruening said. “If you’re just looking for whether or not someone has the antibody — a yes or no answer — those tests are out there. But simply knowing whether or not someone has the antibody is only part of the picture. We need to know if those levels are declining. Fading immunity would be a major setback to fighting a virus like this.”

Bruening’s lab conducts similar research to quantify antibodies in cancer treatment. In those tests, for example, if the patient has enough of the antibody four weeks after receiving treatment, their doctor might determine they don’t need another treatment at that time, Bruening said, adding that those treatments can cost patients thousands of dollars. Bruening’s studies of cancer-treatment antibodies use innovative membranes for immobilizing small molecules that selectively capture a specific antibody.

His team has quickly pivoted to applying its expertise to COVID-19. The technology uses porous membranes modified with a specialty coating that immobilizes viral proteins, which then bind to COVID-19 antibodies. Rather than simply detecting the antibody for a positive or negative result, the proposed test would capture most, if not all, of the antibodies for a clearer picture of patient immunity.

“We don’t yet know how well protected a person who’s been sick is,” Bruening said. “We don’t know if a patient who has recovered can be infected again, and beyond that, if they’ll be immune a year from now.”

Antibody levels are also particularly relevant when it comes to the current use of plasma treatments, in which plasma from someone who has recovered from the virus — and therefore carries the antibody — is given to someone who is infected with the virus as a treatment.

“In cancer research there’s one specific antibody we’re looking for,” Bruening said. “We know its composition. Now, we don’t. Your antibodies and my antibodies won’t be the same.”

Bruening is collaborating with Jacqueline Linnes of Purdue University, whose expertise is in developing microfluidic diagnostic devices. The goal is to develop a test that could be used at the point of care, in-house or at a doctor’s office.

The research is being funded by the National Science Foundation through a Rapid Response Research (RAPID) grant. Bruening and his team hope to have initial results within a month or two, and a working test within three to six months. Once a viable test is developed, the next step would be partnering with an outside company for manufacturing and distribution.

Bruening is an affiliated member of Notre Dame’s Advanced Diagnostics and Therapeutics, the Center for Bioanalytic Metrology and the Harper Cancer Research Institute.

Originally published by Jessica Sieff at news.nd.edu on May 18, 2020.